It’s been an unusual year for me.  Unusual in that I haven’t run a single marathon…or even a half.  I do realise that makes me sound a little unusual, the irony isn’t lost on me.

I tried.  I was full of good intentions, and training plans, and I had my sights set high for a post-foot-surgery comeback… but it wasn’t to be.  Instead I didn’t even start the last three marathons I entered.

My running kinda went downhill after missing my goal in 2016’s London Marathon.  I lost faith.  Then I ended up having surgery to correct a painful ongoing foot problem which wiped me out.  It took longer to get back to running than anticipated and then I got the fear every time I put my trainers on.  You know, the fear that makes you want to do absolutely ANYTHING else other than what you’re supposed to do.

Sometimes I gave into the fear.  Sometimes I didn’t.  They say things fall apart so that better things can come together.  I guess we’ll see about that.  However, 2017 is coming to an end and it’s time to find some positivity in the things I have done rather than dwelling on those I haven’t, so I tried to find some.

OK, so I haven’t run all that much this year, but I have run.  I have picked myself up and started the journey back to my usual runner-bean self.  It’s been hard. It’s been physically hard because I felt like I had to teach myself how to run again and it’s been mentally hard because running scared me.  But I got back on my feet.

2. I bought me a bike and cycled almost 3 times as many miles as I ran this year

Yep, me, a bright new shiny pretty blue bike!  And I quickly had to learn how to ride it in cleats, on London roads, because I gave myself just two short months to prepare for Ride 100. 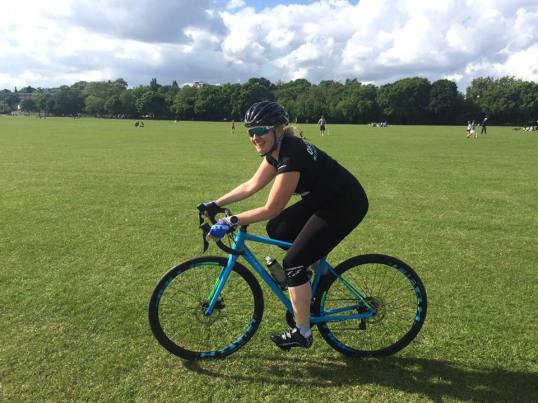 Which was HARD.  Why didn’t anyone tell me??  Why does everyone have to make cycling look so damn easy?!  Still, I completed my first ever cycling sportive in one piece, and I even started to enjoy it once I remembered to feed myself.  It actually turned out to be 120 miles after I had got myself there and back.  I did not leave my bed for the rest of the day (to be fair there wasn’t much day left by the time I’d finished…)

Every time I gave into my running fear I found myself at the gym instead.  A lot.  And I had forgotten how much I loved it.  I swapped runs for sweaty spin sessions and went to classes called ‘Broken’ and ‘Insanity’ and ‘Core Wheel’ – you name it, I was there. 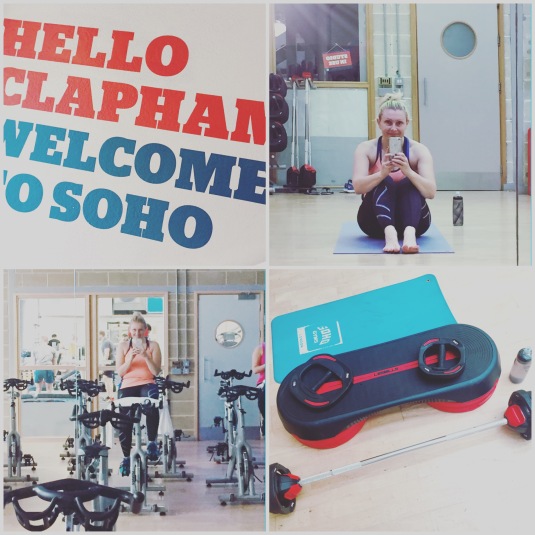 5. I officially became a Barre Babe (as Nesse calls us)

I’ve been a regular at my Monday night Barre class for about 18 months now and I’ve seen a real improvement in my strength.  Barre is a ballet inspired isometric strength class that works by holding your body still while you work a particular set of muscles to the point of exhaustion.  It hurts, but we do it to hardcore gangster rap (seriously), and have the occasional glass of prosecco after to numb the pain (also seriously).

I absolutely bloody love it and if you fancy it I can promise you that Nesse is the best (and most glamorous) Barre teacher in London – catch her on her website here or on Instagram here.

Nesse on the left…and us trying to be like Nesse on the right.  Photo credit: Instagram @nesseinlondon

6. I went boxing at the Ministry of Sound

So, it’s been an unusual year.  And I didn’t run a marathon. So what?