“I approached the race in good spirits…that said, I shat myself at the start.  Literally.  This is going to be a long day, I thought to myself.  The race hasn’t even started and I’m shitting myself already…It’s all very well crapping into your swimskin when you’re in the water, but doing it on a bike is horrible.  And trying to run a marathon with poo dribbling down your leg is not much more fun.”

Chrissie Wellington: A Life Without Limits

After I had such a good time last year, I was excited when Runners Need announced they would be running their exclusive Women’s Running Events again this summer.  It’s an evening dedicated to offering expert advice specifically for female runners from training to physio to  nutrition.  They even give you a goody bag & a glass (or, ahem, 3) of bubbly.  Perfect!

Cupcakes and prosecco on rest days…

Having signed up to the Covent Garden event with some running club buddies I was buzzing when I received an email saying Chrissie Wellington would be making an appearance!

Chrissie Wellington is a British 4 time Ironman World Champion and she is my sporting hero.  She competed in 13 Ironman distance triathlons.  She won them all.

However, none of this came easy, she suffered from an eating disorder in her early days, was bullied by her teammates who were jealous of her performance, had to sleep in a brothel the night before a big international competition, and regularly suffered falls off the bike which left her with fractures, bruising, and even 3rd degree burns in the form of road rash (which you can partly see in the picture above, ouch).

Her journey to the top was an eventful one – it was sheer commitment and determination that allowed her to overcome the odds more than once. 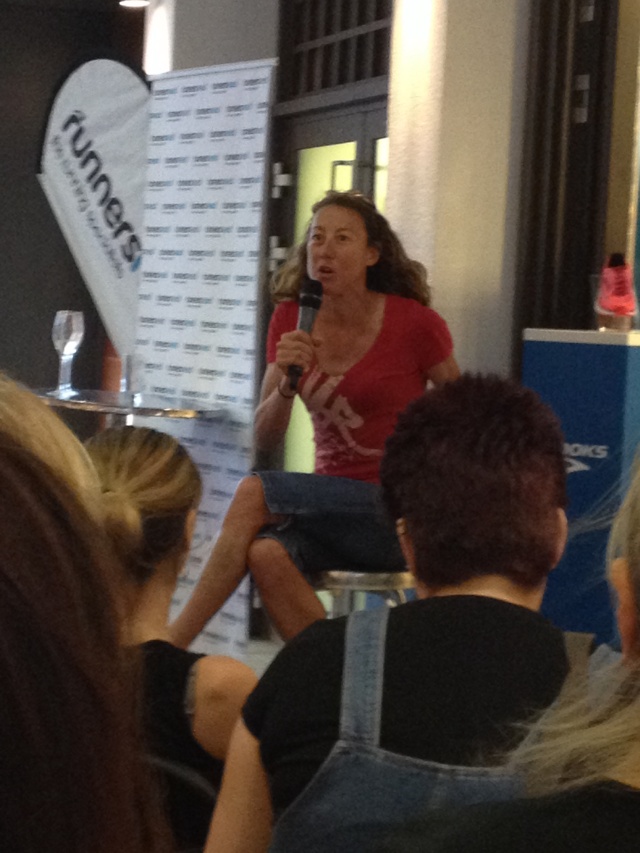 I was looking forward to hearing her speak again, what better person to give us advice than someone who has conquered what is arguably the toughest sport on the planet?

Chrissie signing my book at an event last year and telling me not to be so hard on myself! 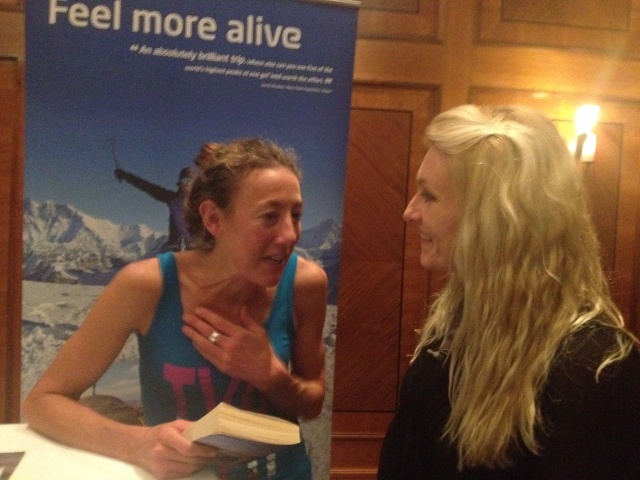 Thanks Runners Need – a fab event and an awesome swag bag once again! Not quite sure about the ‘drinking oats’ though?!  Already looking forward to next year.