Yesterday I participated in the SEAA Road Relay Championships in Milton Keynes.  Bryn had organised the day out for us and when I asked if he thought our ‘Ladies B’ team would come last he nodded his head and said ‘probably’.   Oh dear!

Olympians in the Field…

The quality of the field was very very high – Olympians Scott Overall (who was part of the 2012 GB team and won the Reading Half a couple of weeks ago) and Chris Thompson (who won silver in the 10,000 metres in the 2010 European Championships behind Mo)  were competing as well as Stephanie Twell (2008 Olympic finalist in the 1500 metres and part of 4 winning GB teams).

And then there was me. That sun better at least stay out! 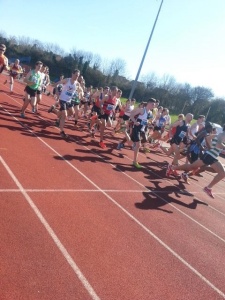 In all honesty, on Saturday I wasn’t up for the trip at all.  It would be a whole day in Milton Keynes and there was a very real possibility of coming last, what was the point?  I was pretty sure it wouldn’t do my confidence any good a week before running a marathon.  Nevertheless, it was a team event and I wouldn’t have dreamed of pulling out.

It was gloriously sunny, all day long, and that put everyone in a goodt mood.  We had one boys team of 12 and two girls teams of 6 – most of us got the train up together.  When we got there the boys seemed nervous, and that made me nervous because they are really, really fast.

Ladies B and Ladies A Teams 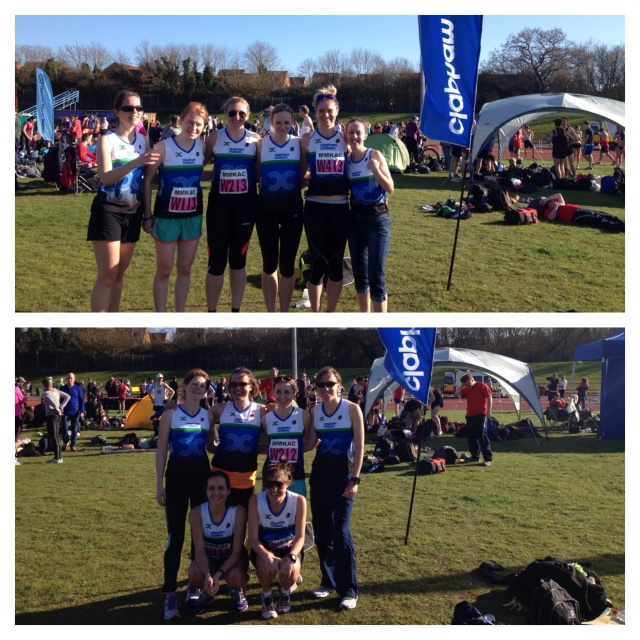 The boys set off an hour before us on alternating legs of 8k and 5k while the ladies all ran the 5k route.  It started and ended on a track which allowed us to cheer at various points when our runner came back into the stadium.  I was on the 2nd leg after Ruth for our team and I was nervous.  Worse than cross-country nervous, I really didn’t want to let the team down.

It was an anxious wait on the start line before Ruth came flying round the corner and running at full speed towards me.  She was on form, tapped my hand and off I went!

The course wasn’t hilly as such but it was undulating and I could feel the inclines.  It was odd running round as I was mostly on my own with some boys speeding past me every few minutes.  It’s much harder to push yourself running alone than with someone close by to chase but I had to give it my all. 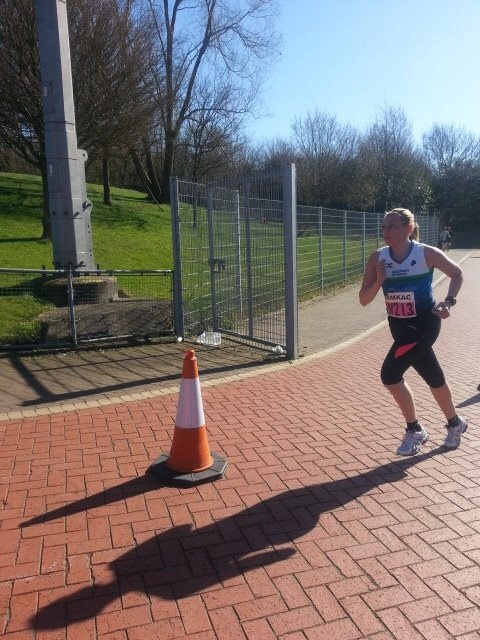 As I rounded the corner towards the stadium I could already hear my name and Kim was taking photos – that’s a look of concentration! Coming into the stadium all I heard were the Chasers shouting my name, it was a great feeling, especially as no one else had support like that.

The last 300m on the track seemed to take forever but I could see Sophie ready to take the 3rd leg…I just had to get to her.

Finishing was a relief, after I’d recovered I could concentrate on cheering on everyone else, that’s much more fun that running. 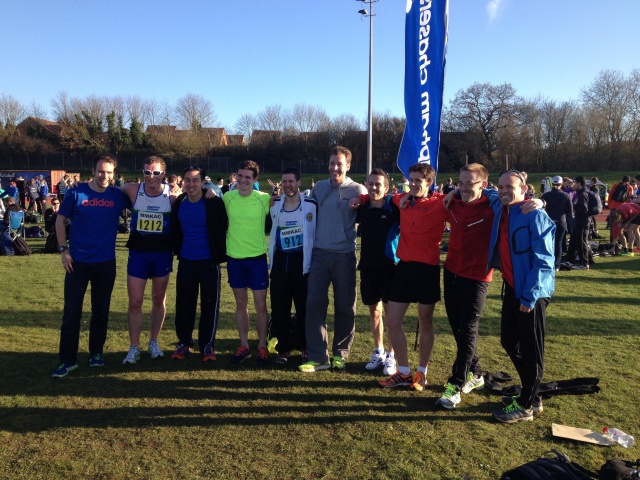 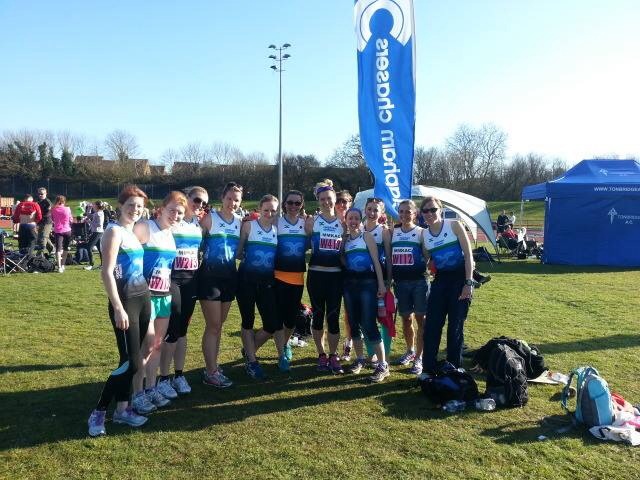 And how did we do?  Well, the boys finished in 16th placed and qualified for the Nationals, the Ladies A in 13th and the Ladies B in 28th which, most importantly, was not last! Success all round then?!

Somebody does have to come last.  But yesterday it wasn’t us, phew!

What surprised me the most was how little support the other teams gave their runners, why weren’t they cheering?  There were several girls coming home on the final leg with none of their teammates around them at all.  In stark contrast we were jumping up and down and shouting at every single one of our runners.  We definitely took 1st place for best support and that’s what makes being a Clapham Chaser so fantastic.  We really are a team.

Almost the whole team post race.  A great day was had by all and I was really pleased I’d taken part! 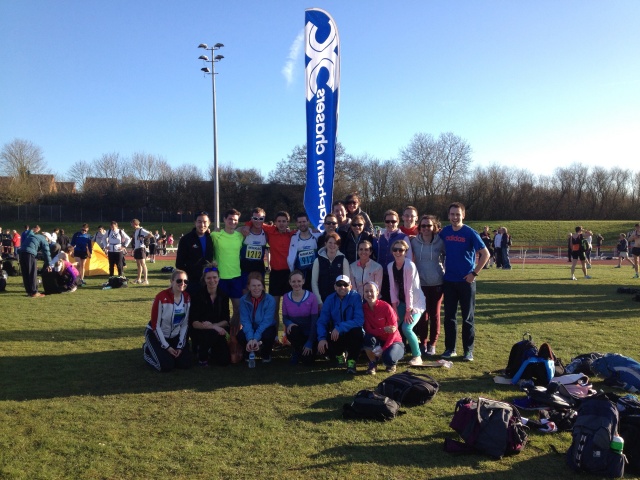 2 thoughts on “Nobody wants to come last…”