In fact, we’ll call it the LOT of time on feet one.  But that’s OK.  It’s allllll just part of playing the long game….the really long game.

After the Beast from the East hit London last week it was touch and go whether the first ever Big Half would actually go ahead, but a combination of slick organisation and snow-thaw meant it was full steam ahead.

Sunday morning was actually beautifully sunny when I headed to the start at Tower Hill, positively warm in fact after the arctic blast.  As the race is point to point, finishing in front of Cutty Sark in Greenwich, all baggage had to be dropped off by 8.25.  I was in a later start wave than usual which meant I had over an hour to wait in my race gear before running.  I took advantage of a sunny London whilst I waited, I mean, who would even know we were blanked in snow just a couple of days before?!

The Big Half is run by London Marathon Events, so organisation was pretty smooth with the 15,000 runners setting off across 8 waves at 5 minute intervals.  I started at around 9.30. 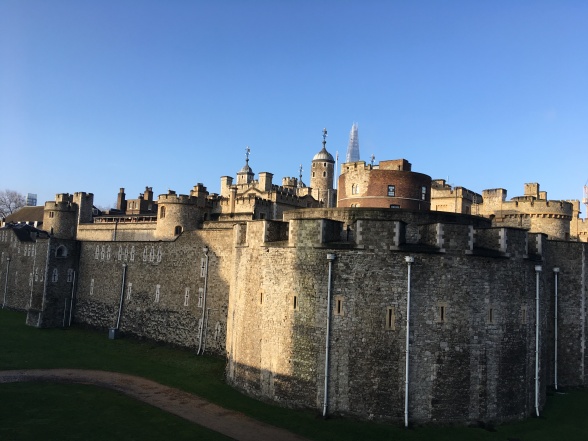 I’ve had the Big Half in the diary for some time now, but I still managed to go into it undercooked (by which I actually mean totes raw…) with my longest run in preparation clocking in at 7.3 miles.  Not my usual preparation by a long shot.  However, the route looked awesome and I really wanted that medal to add to my collection so bowing out was never an option.

In stark contrast to my usual race day strategy (ie suicide pace until I vomit), I took the more sensible* approach of not really giving a damn.  Genuinely, I had no expectations other than to get to the finish and it was really refreshing.  I wasn’t nervous, I wasn’t worried, and I didn’t have a target pace.

*As sensible as running a half marathon on no training can be.  Don’t try this at home kids.

Starting further back in the field meant I couldn’t start too fast even if I wanted to, so I just jogged, and looked around, and high-fived some kids, and jogged some more.  The only real plan I had was to switch a a purposeful run / walk strategy when I needed to.  And I was totally OK with that. 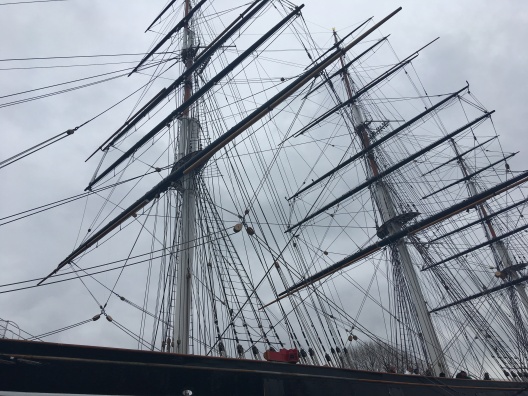 The route is actually pretty cool and takes in a lot of the same roads as the London Marathon.  Running on closed roads, it starts near Tower Bridge by the Tower of London, and goes east to Canary Wharf before doubling back to cross Tower Bridge and follow the river and finish in Greenwich.

Given my lack of training, I only expected to get to about 5 miles before running out of run-love but I surprised myself by making it to nearer 9 (small wins right?!).  I learned a long time ago that the key to a run/walk strategy is to make a deal with yourself and stick to it, without that deal it all goes to s**t (trust me!).  My deal was to run for five minutes and walk for one, which I honoured until the last mile when I was struggling and all I really wanted was for it all to be over and a Lucozade.

Running down the home straight did nothing but remind me why I love this stupid, wonderful, heart breaking, glouroius and painful hobby of mine.  With the crowds lining the street either side, the commentator cheering people by name, runners giving it their all in the final push and the finish line in sight, I was in a happy place.

There it was. The first race of 2018. Done and did.  And I had absolutely qualms about my time.

Generally I though this was a well organised race with huge potential to become a solid fixture in the race calendar, attracting a strong field of all abilities.  Finishers got a fun medal, which I really like, a technical t-shirt, and a goody bag of drinks and snacks.  My only negative comment is that it was a nightmare to get on the DLR to get home because you had to cross the race course to get to it…maybe a consideration for next year.

Thanks Big Half, you were special. 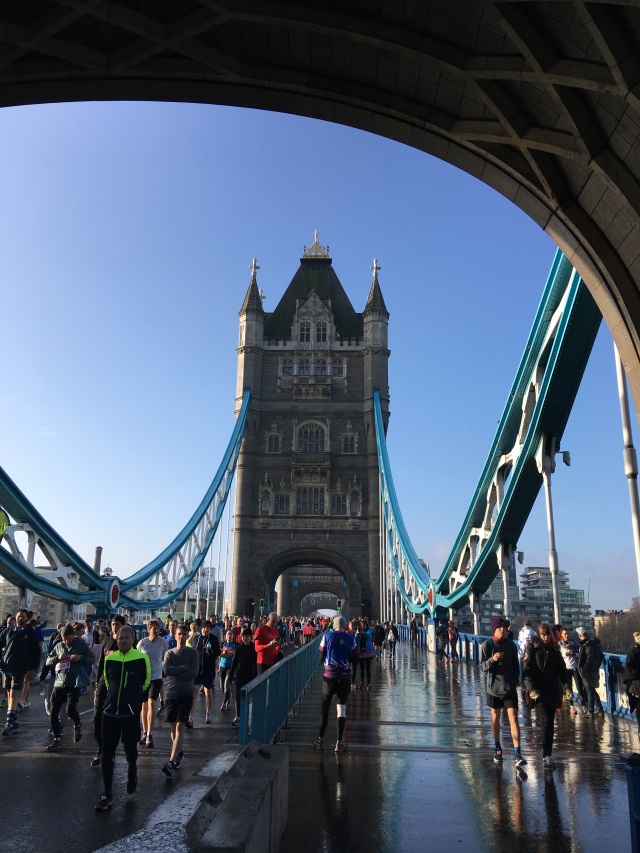 2 thoughts on “London’s Big Half: The ‘time on feet’ one”